I've always liked reading mysteries. I started with Nancy Drew. I have a specific memory of trying to read in bed with a flashlight. When my mom caught me, I complained that I didn't know whether or not Nancy Drew would make it through the book alive! This was The Hidden Staircase, and I was reading my mother's old copy. By then there were tons more books, so obviously she made it through the story alive. However, to a child, it was still a good excuse!

Then I started reading Agatha Christies. I read tons of them. When they got too easy, I started reading them in Spanish, which I was learning at the time. But eventually they too became predictable. (Recently I went to the International Agatha Christie Festival in Torquay, however. I've renewed my appreciation for such a sharp mind and fine writer who was so clever at uncovering the depths of those people who surround us in our daily lives.)

When I went to teach in Durango, Mexico, I found a copy of Dashiell Hammett's The Maltese Falcon. Whoa! That book was so perfect that for at least a decade I thrived on the hard boils of Hammett, Chandler, Ross Mcdonald, and even Barry Eisler (whose books are more like thrillers than mysteries).

While still in Mexico, I penned a cheesy mystery about crooks smuggling diamonds in violin cases (I have played the violin for as long as I've read mysteries). And I read that the best way to become a good author was to read lots of books in the preferred genre. So I started taking notes. I wrote down information such as the name of the protagonist, choice lines, why I liked or didn't like the book.

Then I went to grad school (keep the day job) where I read lots of interesting material about second language acquisition, which still fascinates me, and writing pedagogy, which I also love. In the meantime, though, I kept coming across mysteries and buying them. Now I have a whole bedroom full of unread books. But since I have my degree, I'm in charge of my schedule. (Yes, reading those essays can wait one more day.) So I balance my life between writing, reading, playing violin, traveling, language learning, and teaching.

Hence I'm on the busy side. When it comes to reading, by now I take shortcuts. If I don't like a book within a few pages, I set it aside. There are too many other titles vying for my attention. The ones I do read all the way through, however, are the ones that truly compel me, either with character or setting (my usual favorite components) or even plot or language. Below I list some notable influences. If you're a reader, you might enjoy them. If you're a writer as well as a reader, you might learn something. I sure did.
​ 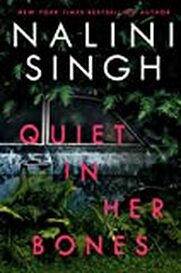 Quiet in Her Bones is a wonderful and intriguing mystery-thriller that takes place in New Zealand. When the protagonist learns that his mother's body has been discovered in the jungle brush close to his house, he has no choice but to track down her killer.

His father is a prime suspect. The neighbors are suspects too. Ari's colorful mother made friends, lovers, and enemies with equal ease.

Ari's relationship with her was complicated too. He loved her fiercely even as he realized she was unconventional in both positive and negative ways: “Sometimes,” my mother had murmured, “I see beauty and I want to break it.”

Ari is troubled himself. Hampered by a head injury from a recent car accident, he has to move around with crutches and take frequent breaks when his head throbs too much for him to think straight. He's not even sure he IS thinking straight.

But he doesn't shy away from searching for the truth.

Singh drew me into her world and kept me captive. There are no blacks and whites here. As in real life, all the characters are complex. They twirl around one another. Sometimes they bump into one another and crash. 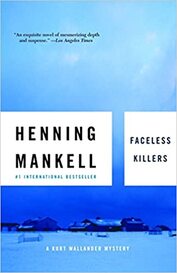 Mankell's first Kurt Wallander book was written back in 1997. It's been published in some 33 languages! I found it by accident, but I'd already seen part of the TV series with Keith Branaugh.... who in my mind makes a perfect existential Kurt Wallander.

The book is a police procedural. There is violence. There are police chases. There are slow trails of clues that finally start to combine in fruitful ways.

The allure of this book lies mostly with Wallander. He's dedicated to his job. He wants justice at all costs. But he has lots of problems. An ex-wife. A daughter who is non-communicative.

And then things get worse. During the investigation, other violent crimes occur--are they related? Wallander gets sidetracked, but he stays on course as much as possible..

As a reader I wanted to stay with him every step of the way--and now, I'll be hunting for the next book in the series, The Dogs of Riga.

I don't have a good explanation for why I enjoyed every moment of this book. Do I have a secret vampire fetish? Maybe! I've read several vampire books..... but this one was just so much fun. Charlaine Harris has a fresh voice, and her main character charmed me. The author doses her characters with plenty of humor--when Sookie learns that "her" vampire's name is Bill, she laughs hysterically. So did I. Bill?! Ha, ha, ha, ha, ha! By now I've read several in the series. I've avoided the TV show True Blood--I've been having too much fun reading the books instead. 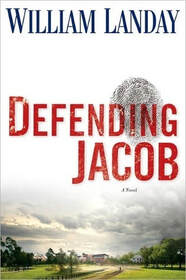 Right from the beginning you know you are in a superior novel. The voice is confident, yet not strident. There are mysteries from first moment. Why would a lawyer be on trial? This world is topsy-turvy, but the author leads us through the courtroom with savvy detail. Occasionally there are too many details for me—too much description. Yet the rich depiction of this town and its cast of characters is unforgettable. So is the narrator, whose son is on trial. What could be worse for a father to have to be in the courtroom while his own son is on trial for murder? 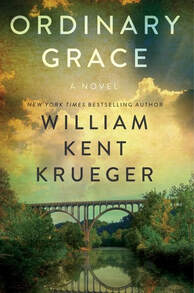 This book won about every award possible for 2014, the Edgar being the most prestigious. And when I met the author at Left Coast Crime, where he was also a winner, he was just the nicest guy. Now, why is this so good? It’s not a traditional mystery, so it breaks down the normal categories. It’s more like Island Casualty. There’s a mystery all right, but it’s different. Also, there’s a consistent and interesting voice. There’s a vivid depiction of a town. And two families that are really messed up. Oh! Sounds like something I would write…but the imagery is also very good. The pace is pretty good. It might have gone a bit quicker. I’m not sure I liked every bit of the ending, but the title is a killer. So is the book. I’m glad Krueger received so much attention for it.
​ 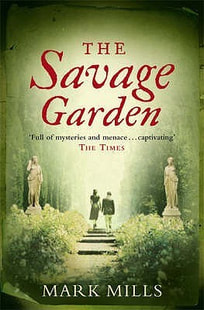 This is a real good story. The protagonist goes to study this garden that has to do with art. He’s British, and the garden is in Tuscany. He gets in over his head but doesn’t realize it. He tries to uncover the layers of intrigue—not easy for him. He gets lost—hence the savage garden. The family is all tied up in lies and secrets and such. Note, the little bits of Italy and Italian are right. I especially enjoyed the twist at the end. Throughout, the novel is compelling and atmospheric. Funny side note: when I was talking to my mom the week I finished it, I started telling her about this great novel I'd been reading--and she'd been reading the very same one!